GLOBAL SICKNESS, available via Idioteque Records. On the album, listeners will find the sterling single, ‘Inner Love‘, ‘Endlessly‘ and ‘Time Is God‘.

Award-winning experimental artist and label head Ed is Dead has announced the release of his upcoming album – GLOBAL SICKNESS, on the 18th of March via Idioteque Records. On the album, listeners will find the sterling single, ‘Inner Love’. The producer has won several awards, including Best Electronic Album from the 2017 MIN Indie Music Awards in Spain and the Electronic Album Of The Year from Mondo Sonoro in 2017. Ed is Dead performed at Bilbao BBK Live 2018 (alongside The xx, Gorillaz and The Chemical Brothers) and appeared before Fatboy Slim at the Sonar Opening Ceremony in 2016. Currently, the producer is sitting at just under 5.5 million plays across streaming platforms and he has been supported by BBC Radio 1’s Annie Nightingale’s Show, BBC Radio 1 Xtra and BBC Asian Network as well as the Raver Rafting publication.

Bold and unashamedly dramatic, GLOBAL SICKNESS is intentionally harsh as Ed Is Dead uses distortion and manic manipulation of sounds to bring his message to the masses. The musician flies between the dark and the light between each track, bringing new and unexpected post-minimal electronic tones at every turn. A complex build of music interceding social expectations and philosophical concepts, the album manages to address several issues within our society with driving basslines underpinned by a warped melodic current.

Born and based in Madrid, Spain, Ed is Dead is the alias of Eduardo Ostos who has a background as a session musician, a multi-instrumentalist and live performer, also creating soundtracks for contemporary dance companies. A unique artistic approach can be found in his life, music videos and even artworks. Ed is Dead finds inspiration across the spectrum, from Plaid to Burial, as well as Squarepusher, ARCA, Clipz, Noisia and Apparat with a few old school rock n roll stylings sprinkled into the mix to keep things interesting. His own sound calls to mind the experimental stylings of Moderat, Bicep and Trentemøller.

Ed is Dead reveals some of the complex concepts within the album: “I believe that 2020 was a year of global reflection and what many of us have been thinking is materializing: the world is sick, and if we don’t fix it, nature will take care of it. Throughout the album there is a guiding element: time as a metaphysical concept (Time is God, Cycles, Endlessly or the “Fuck this” chorus with Serulla singing: “buying tiiiiime”) but I also make allusions to certain problems that I think affect our civilization such as the Ego (Inner love, For Me) Social Media (Fuck this), Climate Change (Endlessly, Cycles) or the ease of the human being to complicate our existence (Keep it Simple).” 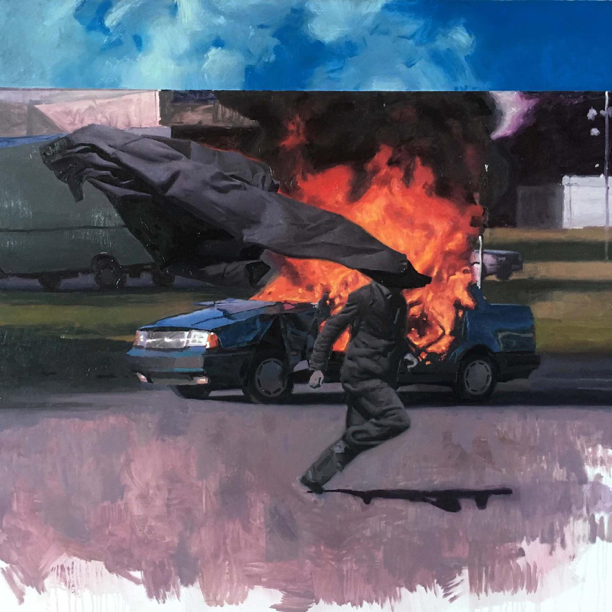 For Me – Ed is Dead & 1011
Inner Love
Cycles
Endlessly
Time Is God
Keep It Simple
Fuck This feat. Serulla
Global Sickness
The End Of Everything